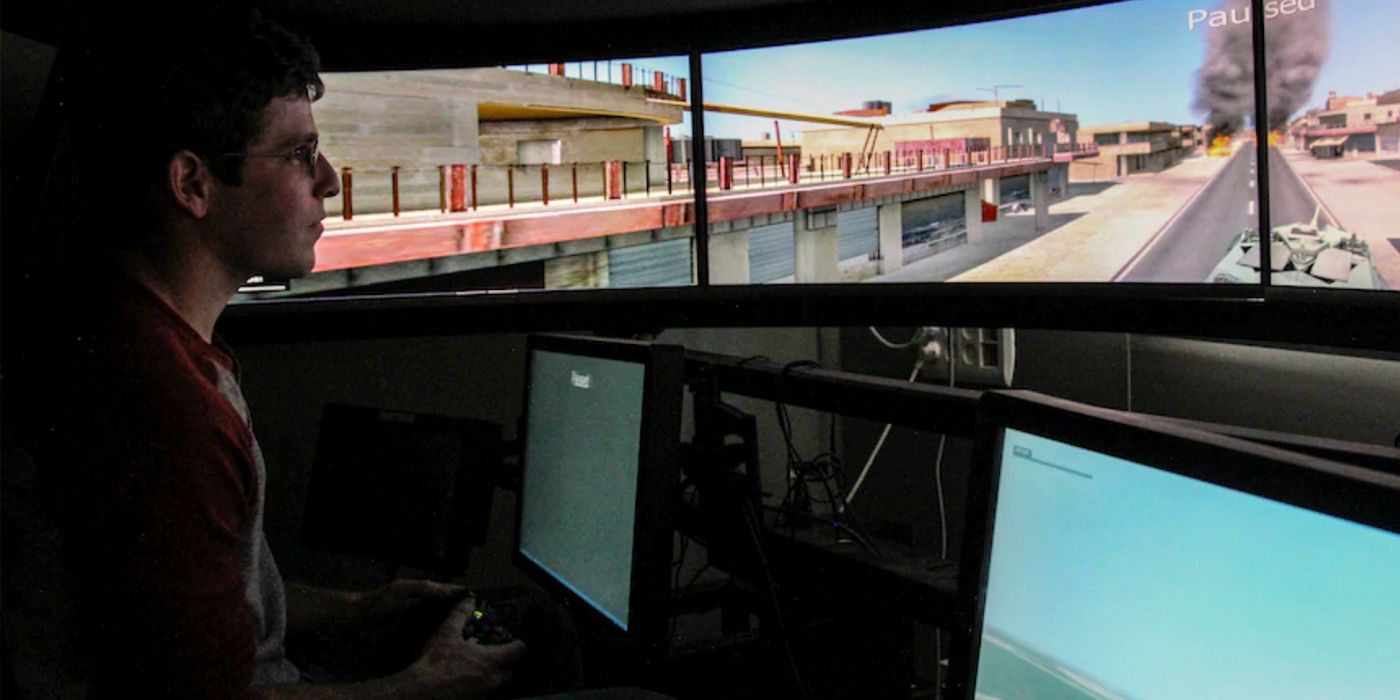 Wars could soon be fought with controllers as new Israeli tanks are being developed to replace their highly complex controls with a simple Xbox controller. This new tank model is called Caramel and is one of three models in development that will feature an Xbox controller in place of traditional controls. The insides of these new tanks look like teenage bedrooms decked out with computer monitors, headsets, and video game controllers.

The Caramel is a khaki-colored windowless steel box on treads that, at first glance, looks like the average tank. Stepping into the back hatch reveals the tank’s cockpit which includes a digital panoramic view of the outside. There are tablets that control different aspects of the tank such as its speed or what weaponry is being used. Outside of the tablet, the rest of the vehicle is controlled using an Xbox controller, and the test pilots have all been teens and young adults.

According to The Washington Post, the Caramel has been designed with men and women from the ages of 18 to 21 in mind. The inside of the Caramel is meant to feel familiar to this age group as its design is heavily based on video gaming rigs. Teens have also been the first test-pilots for the Caramel as The Washing Post stated Israel Aerospace Industries (IAI) engineers and managers worked with teenage gamers who critiqued the system. The Caramel was originally piloted with a joystick, but the teenage critics suggested it be replaced with a video game controller.

IAI’s general manager Meir Shabtai stated that the teens wanted a lighter and more portable device in which to control the tank. The entire system was developed using the critiques from youth, pre-military personnel, and seasoned veterans. Isreal Defense Force’s 7th Armored Brigade battalion commander stated that he has already seen the advantages of using more technology with his younger soldiers. The commander went on to state that his soldiers were far more willing to experiment due to their lack of fear of technology.

“[I]t comes to them naturally. It’s not exactly like playing ‘Fortnite,’ but something like that, and amazingly they bring their skills to operational effectiveness in no time. I’ll tell you the truth, I didn’t think it could be reached so quickly.“

These new video game-like tanks are as terrifying as they are interesting. While the inside may look like a gaming setup, the Caramel is still a deadly weapon used for warfare. The Post‘s article goes on to relate the tank’s user interface to games like Apex Legends or Call of Duty: Warzone. While studies have proven that video games do not incite violence, these newly developed tanks show that video game knowledge can be used for violence.

Jerusalemite Friedman, an engineer who is helping develop the Caramel, refutes this point by stating that piloting the Caramel does not “feel like a video game.” He stated that the pilots are not at home eating snacks and having a good time, but that they are at work. However, it seems a bit farfetched to say what is and what isn’t ethical is determined by a bag of chips and a can of soda.

Next: Best Xbox One Controllers (Updated 2020)

The Batman: How Robert Pattinson’s Batsuit Compares To The Dark Knight
Related Topics
About The Author

Zackerie Fairfax is a Gaming writer for Screen Rant, and the editor for his local printed newspaper in Kentucky. He attended Elizabethtown Community and Technical College majoring in Creative Writing. In addition to writing about movies, television, and video games, Zackerie hosts the comedy-game-development podcast Games Sold Separately.

Why Pikmin 3 Deluxe Is A Better Choice Than Pikmin 4
The Resident by David Jackson
Married At First Sight: Brett Shocks Fans By Not Wanting to Sleep With Olivia On Wedding Night
#ReplaceEllen Trends on Twitter as Suggestions Come Flooding In
Book Riot’s Deals of the Day for August 5, 2020