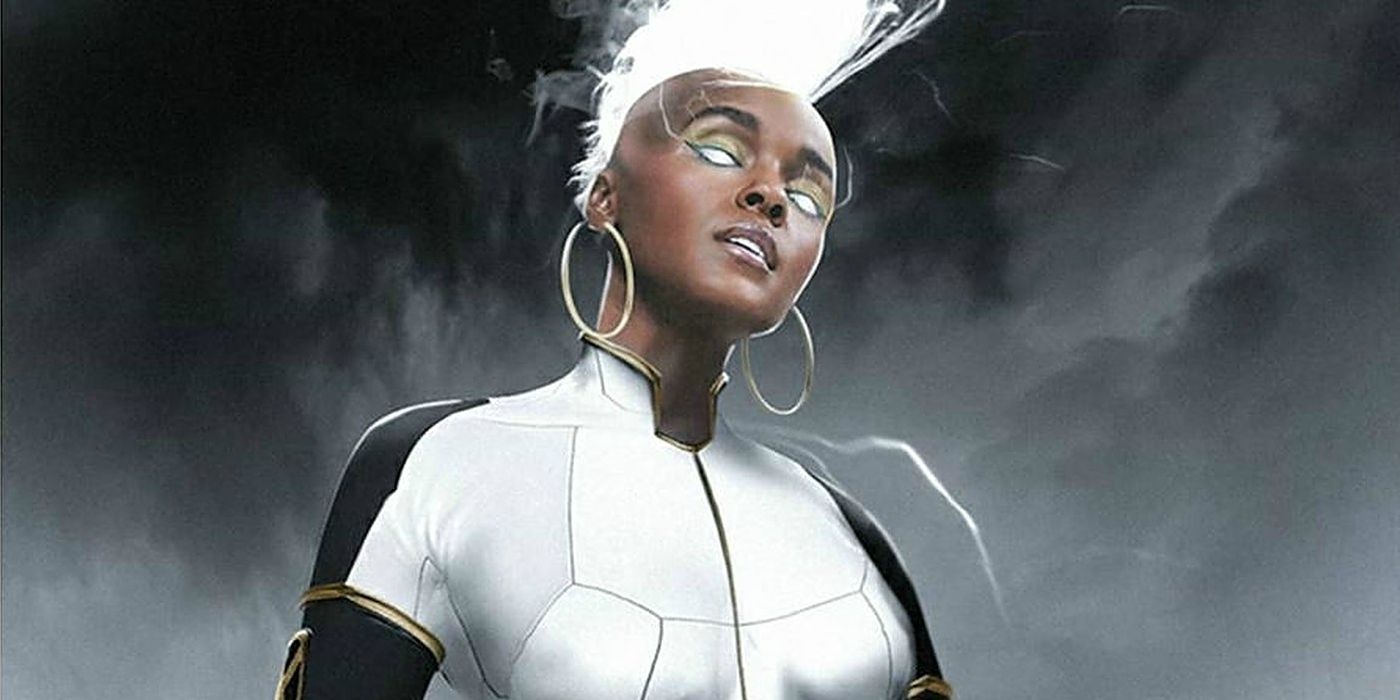 New fan art by Bosslogic imagines Janelle Monáe as the X-Men character Storm. Ororo Munroe/Storm is an important Marvel hero, partly due to her distinction as the first female lead character of African descent. Storm has appeared in live-action film before, with both Halle Berry and Alexandra Shipp playing the character in Fox’s X-Men movies. However, as Disney only acquired the X-Men characters following its acquisition of Fox last year, Storm hasn’t yet appeared in the Marvel Cinematic Universe. Due to the character’s tumultuous romantic history with Black Panther in the comics, many think Black Panther 2 could be a good movie for Storm to make her MCU debut.

Many women in Hollywood have either put their hat in the ring for the role or have been fan cast. Beyoncé is a popular choice for the latter, though it’s unlikely she would actually be interested in joining the MCU. However, If Beale Street Could Talk star Kiki Layne has actively campaigned to play Storm as recently as January of this year. This week, Monáe entered the conversation, revealing she told Black Panther 2 director Ryan Coogler she’d be interested in the part, provided Storm actually makes her debut in the movie. She also called attention to the actresses who have played Storm in the past, saying, “I would love to be in that line of artists and get to do Storm justice.“

Following this news, Bosslogic has created an image depicting what Monáe could look like as Storm in the MCU. The art maintains key elements from the comics, including Storm’s trademark white hair and glowing eyes. Her black and gold color scheme is also present, though with some neat twists to make the character wholly Monáe’s. Check out the Storm fan art below:

Seeing Monáe in the role should only make people more excited about the possibility of her playing Storm in Black Panther 2. It’s worth noting Storm is far from confirmed to join the MCU in that movie, though hopefully more information will come out as the film nears its 2022 release date. Though many know Monáe for her prolific singing career, she’s made her mark as an actress in recent years, appearing in the critically-acclaimed films Moonlight and Hidden Figures, among others. All told, she would be an impressive addition to the MCU, provided they do plan on introducing Storm soon.

As of now, much of Black Panther 2 remains a mystery. This includes the film’s villain, with M’Baku, Namor the Sub-Mariner, and Doctor Doom all popular choices. The villain could also have an impact on when Storm is introduced. It’s possible Black Panther 2 will want to limit the number of new characters to the MCU. If that’s the case, it may be better to wait on adding Storm until she can be given a proper introduction. However, no matter when’s she’s introduced, Monáe is a great casting choice.

Rebecca VanAcker is a news writer and evening editor at Screen Rant. She enjoys covering all things superhero, especially Marvel and the Arrowverse. In the past, she’s written TV recaps for Screen Picks and reviews for Yahoo TV UK. Though Rebecca likes movies and other forms of storytelling, TV is her true passion, having written about it in some capacity since 2014. She especially loves female-driven shows like Parks and Recreation, Jane the Virgin, and Fleabag.

A graduate of Michigan State University, Rebecca got her teaching certificate before falling in love with writing and the entertainment industry. She has a B.A. in English, and her longtime love of reading has followed her into adulthood. While she enjoys discovering new books, right now she’s probably just re-reading Harry Potter for the millionth time. Her other hobbies include baking, anything Disney, and exploring with her dog, Beckett.