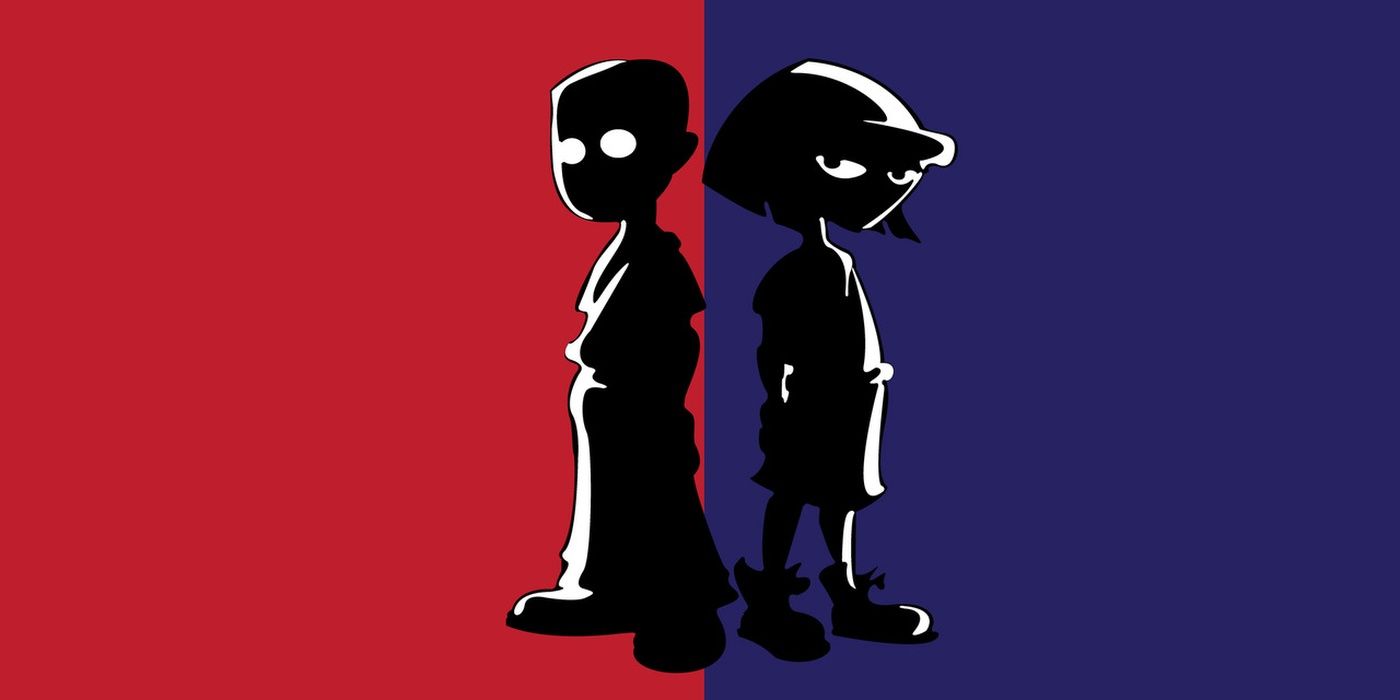 Thanks to Disney+ streaming service, fans of the mouse house young and old can finally have their pick of movies, shows, and original content brought to us by the Disney studios. We’ve got a soft spot for those long-remembered animated series to enjoy once more. Still, something seems to be missing. Mickey and all his toon crew are there, as are the likes of Winnie the Pooh, Darkwing Duck, and even the Gummi Bears. But not all of Disney’s cartoon series are present and accounted for.

RELATED: 10 ’90s TV Shows You Forgot About That Are Coming To Disney Plus

There are a lot of familiar faces on Disney’s impressive list, but as much as we love Disney Channel and Disney Afternoon Classics, there seem to be titles from Toon Disney that didn’t make the cut. Today’s list covers any shows that aired on the network not present for Disney+. That means anything the network aired, whether they are Toon Disney originals, shows that ran on Jetix, Zoog, or anything in between. If it made an appearance on the network, it goes on the list. How many of your favorites fell through the cracks?

Updated July 7, 2020 by Zach Gass: While Disney+’s collection of animated series covers the basics of many of their lineups, there are still a few select members of the family missing and the die-hard fans have certainly taken notice. Some of these shows might be staples of the channel, others might be cult favorites that flew in under the radar, but all are certainly lacking from the Disney+ collection. The shows featured on Toon Disney definitely had variety and Disney-quality animation that brought their casts of characters to life. See how many of these trigger some serious nostalgia vibes.

First airing on ABC’s One Saturday Morning, Teamo Supremo was a superhero series featuring a trio of kids and their alter egos, Captain Crandall, Skate Lad, and Rope Girl. These half-pint heroes, with help from the Governor and the Chief, would use their gadgetry and wits to defeat the forces of evil like Madame Snake, the Birthday Bandit, and Laser Pirate. While their adventures aren’t exactly dealing with Avenger level crises, the show was great for younger viewers wanting that Saturday morning super-hero flair. Couple that with the show’s interesting animation style and it’s definitely a distinct entry to the list.

Before she was battling the forces of Hell on her Netflix Original Series, Sabrina Spellman had her own animated series on ABC which was later featured on Toon Disney.

The series took a more kid-friendly cartoon approach to the adventures of everyone’s favorite teenage sorceress and featured the original Sabrina, Mellissa Joan Hart, as the voice of both Aunt Hilda and Aunt Zelda. If that wasn’t enough, Nick Bakay also returned to reprise his role of Salem the Cat, a character who absolutely demands an animated form. It’s a great introduction to the characters if the live-action series isn’t available.

13 The New Adventures of Madeline

Based on the 1939 children’s book by Belemans, The New Adventures of Madeline featured the familiar schoolgirl of the same name with her classmates, her teacher, Miss Clavelle, and her faithful dog, Genevieve. Airing first on HBO before joining the Disney line up, the series took Madeline from the old house in Paris covered in vines to new and exciting adventures. The episodes of the series featured Madeline and her friends in an impressive variety of outings including a trip on the Orient Express, to a cooking school, and even New York City. Madeline has adventures galore, that’s all there is and there isn’t anymore.

Talespin wasn’t the only spinoff inspired by Disney’s Jungle Book. In fact, there’s a prequel series for kids featuring younger versions of Baloo, King Louie, Kaa, Shere Khan, and Bagheera. This series might not be for everyone, but it earns a spot on the list just because of how strange it is in concept.

RELATED: Disney: The 10 Most Underrated Characters Of All Time

Think about it, three of its leads would later be antagonists in the canon film. Doesn’t it seem a bit bizarre to see them all behaving as childhood friends? Either way, it had its fans, as well as a two-season run on Toon Disney. Younger Jungle Book fans would certainly enjoy this strange creation today.

Essentially a predecessor to Disney’s House of Mouse, Mickey Mouse Works were a series of shorts starring Mickey, Minnie, and the rest of the gang with a (then) modern twist. Many of the shorts in question would be reused for the later series, and they often featured reoccurring themes such as Mickey rescuing Minnie from the clutches of Peg-Leg Pete, Donald trying to evade a comically tenacious bomb, and Pluto facing strange perils while fetching the morning paper. Think of it as an updated Ink and Paint Club and it certainly satisfies classic Disney buffs.

From the J to the A to the K to the E, he’s the magical protector of NYC, and he needs to come to Disney+. American Dragon: Jake Long was a brilliant slice of modern fantasy that had its run on Disney Channel before making a debut on Toon Disney.

RELATED: 5 Reasons Why Disney Channel Is The Definitive Childhood Network (& 5 Why It’s Nickelodeon)

In a world where magic mixes with the modern world, Jake and his friends must protect the city against mystical forces, monsters, and evil entities like the Huntsclan. There’s no reason this phenomenal series shouldn’t be on the streaming service, especially with the existence of movies like Onward in the mix.

Teen-focused sitcoms started to grow in popularity towards the late ’90s and early 2000s. Shows that dealt with school settings, social drama, and the perils of growing up seemed to be the order of the day. But sometimes, viewers want a cast that’s a little more animated. Enter The Weekenders.

While Nickelodeon had shows like As Told by Ginger, Disney’s Weekenders was known for its distinctive artistic style, catchy theme song performed by Wayne Brady, and a talented vocal cast. It ran for four seasons and deserves to be seen by new eyes. Until then, we’ll have to bid Tino, Lor, Carver, and Tish later days.

Continuing on with the teen/tween focused shows, we’ve got a more colorful entry on our list and her name is Pepper Ann. Pepper Ann not only stood out from shows of its breed thanks to its colorful fantasy sequences but because it was also the first Disney animated series to be created by a woman, Sue Rose.

The characters all have unique and colorful designs, Pepper Ann has a personality all her own, and the show was definitely enjoyed by a wide audience. We’re actually pretty sad to see the spunky redhead not present on Disney+’s list.

Now here’s a Toon Disney original that had one of the most creative ideas for an animated series. A sitcom featuring a cast of interplanetary kids on a space station in the far future? How did this not make Disney+ again? With humor, heart, and alien lifeforms abound, we miss Lloyd in Space.

The series follows Lloyd, an alien kid living in Intrepidville, a giant space station. Lloyd and his friends often embarked on standard tween/teen sitcom adventures, but with a creative sci-fi twist. The show was completed in 2003 and went off the air in 2004, we definitely think a premise like this would do well on the streaming service.

Some of Toon Disney’s shows were creative, some were really well-designed, and some were just plain weird. Dave the Barbarian was definitely weird. In a show that parodied fantasy and medieval tropes and stereotypes, the series followed Dave the Barbarian and his family as they protected the land of Udrogoth from various outlandish threats.

RELATED: Disney+: 10 Shows That Aren’t Available for Streaming (But Should Be)

Though the show went off the air in 2009 when Toon Disney shut down, many the show’s elements definitely fell into newer projects like The 7 D and Gravity Falls. Considering weirder Disney shows have been getting a bigger audience in recent years, perhaps Dave needs a comeback?

Now here’s a show with not only an interesting premise but an interesting delivery, style, and writing that was definitely unexpectedly clever. Think of a crime or police drama and set it in a middle school with hall-monitors instead of cops. That’s Filmore. Think of it as your first Law and Order.

Despite its kid-friendly and recognizable setting, the show had some solid writing behind it in a style that both paid tribute and parodied famous crime shows. Filmore not only needs to be seen on Disney+ it needs to be seen period. It was a show ahead of its time.

If ever there was a Disney character that deserved their own spin-off series, it was Buzz Lightyear. Buzz Lightyear of Star Command was Buzz’s own superhero/sci-fi series that pitted him and his team of Space Rangers against the forces of Evil Emporer Zurg and a legion of other villains and monsters.

RELATED: 10 Overlooked Disney Movies That Are Coming To Disney+

With the love for Pixar and the Toy Story series saturating the Disney fandom, putting this show on Disney’s streaming service should have been a no-brainer. No offense to Woody and the Roundup Gang, but we’d love to report to Star Command one more time.

Definitely one of the network’s iconic shows, Disney’s Aladdin series took us farther into the world of Arabian Nights than we thought possible. We were so enchanted by the city of Agrabah, we loved seeing the other characters and lands beyond the city walls. From desert bandits to various mystics and monsters, Aladdin definitely had more than a few adventures to offer.

If the Hercules series made the list, why wasn’t Aladdin invited to the party? Though the animation style is somewhat dated and a little flat, and Dan Castelanetta’s Genie is no Robin Williams, the show was still solid and definitely entertaining.

2 The Legend of Tarzan

Yet another animated spinoff that deserves more credit, The Legend of Tarzan was an animated series that was wild in every sense of the word. Definitely better than any of its straight-to-video sequels, Tarzan’s animated series not only picked up where the film left off but gave us some very thrilling adventures and dangers as well.

The series shows the continuing adventures of Tarzan, Jane, the Professor, Turk, Tantor, and all the rest of Tarzan’s jungle crew. They go up against savage poachers, wild predators, and a number of other threats as well. A series in need of a second chance, The Legend of Tarzan should swing to Disney+.

This is perhaps Disney’s biggest slice of fan-service they’ve ever devised, one of the most beloved animated series they’ve ever aired, and many a fan’s favorite version of the master mouse himself, yet they didn’t put it on Disney+. Yes, we’re still rocking at the House of Mouse.

Picture it, a series that incorporates not only Mickey, Donald, Goofy, and the gang, but nearly every classic Disney animated character in their roster. All the princesses, all the villains, all the sidekicks, and everyone in between all under one roof! Disney, wake up and smell the coffee. How is this not coming to Disney+?