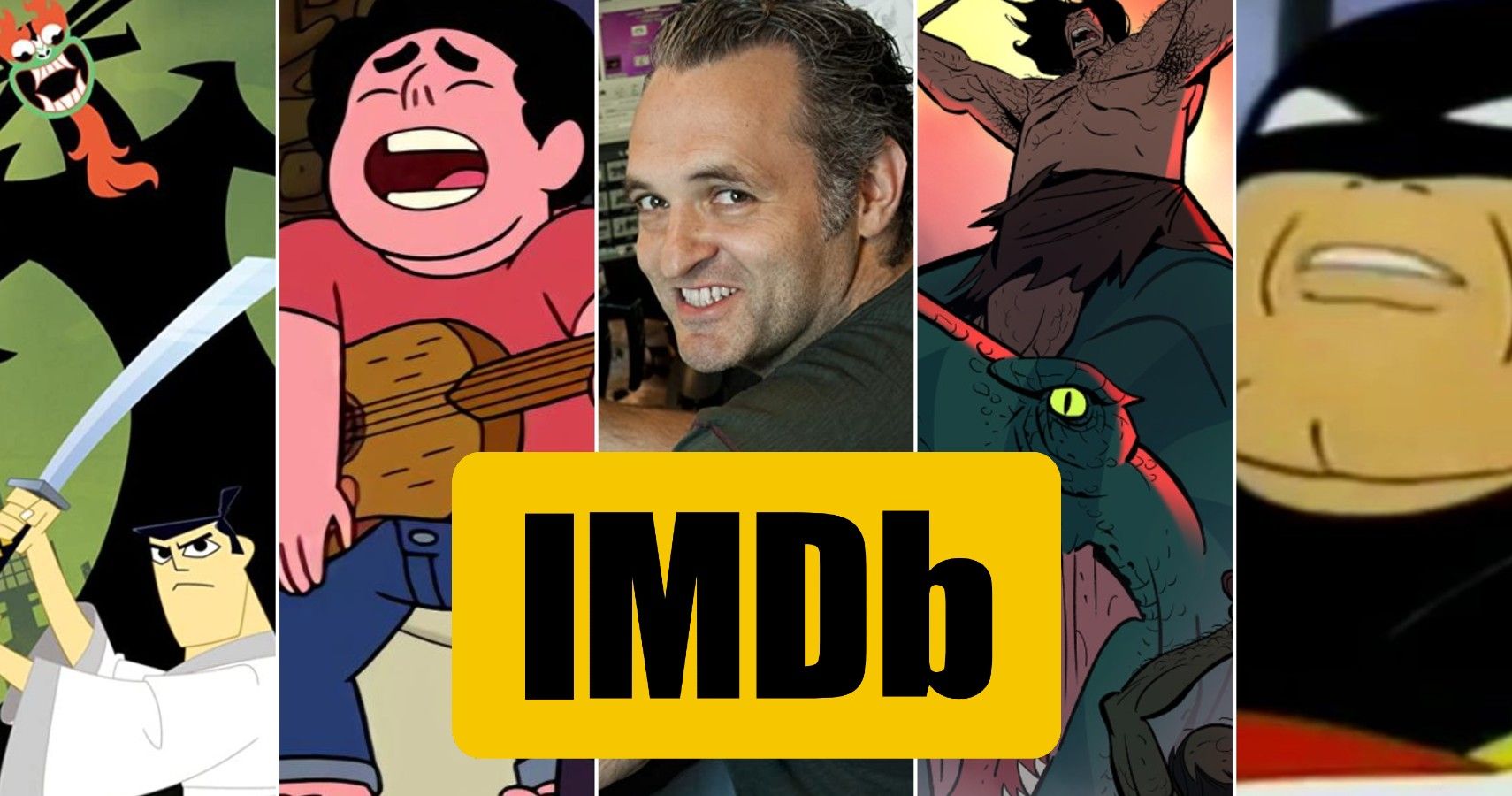 Although he’s known mostly for his work on animated features, Gennady Tartakovsky is also a prolific writer, designer, and producer. He’s been involved in a variety of projects that date back to the ’90s and include a mix of artistic daring and ground-breaking storytelling. Some of his more recent projects include the Hotel Transylvania franchise and the critically acclaimed TV series, Primal.

RELATED: Hotel Transylvania: 10 Monsters We Want To See Who Haven’t Appeared Yet

There’s a huge variety of projects that Tartakovsky has in his portfolio, and his resume includes short films and video games in addition to television shows and feature films. He’s responsible for most of the most popular and memorable Cartoon Network shows dating back almost 30 years. IMDb has a handy catalog of everything he’s worked on, and fans have rated many of them.

Officially, it’s not considered canon, partly because it contradicts some of the events of Star Wars: The Clone Wars from 2008. That doesn’t keep Star Wars: Clone Wars from being both a fan and critic favorite. Genndy wears a number of hats here, acting as a Producer and Writer along with working in the animation department.

It was this show that connected Tartakovsky’s name with his unique, angular animation style that was also in previous work like Dexter’s Laboratory and would appear again later in Samurai Jack.

Does anyone know what an animation timer is? Well, it was the job Tartakovsky had for the five episodes of The Critic. It’s an obscure but critical role that consists of counting the frame rates per second and making sure they synch up with the music and voices.

This is another early entry, dating all the way back to the Cartoon Network days of the early ’90s when Tarkovsky was filling several diverse roles.

A cult classic that wavers somewhere between experimental comedy and a wacky cartoon for grown-ups, Space Ghost Coast to Coast is one of the earliest shows with Genndy’s name on it. It was a Cartoon Network original series that brought a vintage superhero into the future with his own talk show. For those out there that are fans of Aqua Teen Hunger Force, the main characters got their start as guests on his show. In fact, that’s the role that Genndy plays in the episode, “President’s Day Nightmare/1st Annual World Premiere Toon-In.”

He was working on Two Stupid Dogs at the time, another feature in Cartoon Network’s lineup, and he appears as himself in episode one, Season 2 of Space Ghost. Genndy competes with four other animation directors in a contest similar to a beauty pageant as part of the zany talk show’s plot.

This as the first time in his whole career that Genndy had voiced a character in an animated series, also a shock given his vast experience in the genre by this time in 2004. It’s fitting that his first attempt would be a reference to his most beloved creation. He wouldn’t voice a character again until Hotel Transylvania 3 in 2014 when he played three characters, but with very few, simple lines.

Dexter’s Laboratory could undoubtedly be Genndy’s most iconic creation, and he had a hand in virtually every point of production. Tartakovsky acts as director, producer, animator, and even works with the sound department on Dexter’s Laboratory. The characters on the show are inspired by Genndy’s own childhood, in which his brainy older sibling was always hoarding his complex toys.

In reality, Genndy had an older brother who was like Dexter while and the careless Dee Dee was based on himself. The show ran for four seasons and won two major awards, with nominations for several others.

Another project in which Tartakovky takes on several roles, including writer, director, creator, and producer, Sym-Bionic Titan mixes Genndy’s talent for animation with an homage to the anime genre of big giant robots. He was working on the storyboards for Iron Man 2 with John Favreau in 2010 as well, an unmistakable connection to another example of the mecha genre.

Sym-Bionic Titan ran on cartoon network from 2010 to 2010. Despite its high rating and production values, and the expectation that more shows would be developed, the show was canceled after 20 episodes solely because it lacked merchandising potential.

It seems that plenty of Genndy’s projects involve an extraordinary human struggling to understand his powers and find his place in the world. Tartakovsky works as the animation timer on an episode of Steven Universe, the story of a boy who inherits a mysterious power from his mother but still has to cope with the “normal” half of his family. It wasn’t just any random episode, however.

This was the pilot episode, “The Time Thing,” and the pilot episode is the one that decides whether a show gets developed or not. He was successful, as the recently-concluded show still has a dedicated fanbase and ran for more than seven years.

If there were animation awards for beauty and heartbreak, Samurai Jack would win them all. A mix of cyberpunk style and feudal Japanese lore, audiences were so captivated by the quest of a samurai lost in time that the concluding season, which aired more than a decade after the previous third season, was joyously devoured by fans and critics alike.

This is actually why the dates for this show are shown between 2002 and 2005 and then jump to 2017. Samurai Jack was nominated for various awards and has won 20, including several Primetime Emmys.

A daring and visceral project that’s already seeing some critical acclaim, Primal is Genndy’s most recent TV series. It began in 2019 and is still ongoing, so far consisting of one season with ten episodes. The show has virtually no dialogue, telling a story entirely through atmospheric visuals and visceral action sequences – common features in much of Tartakovsky’s work.

Genndy’s earlier work can be enjoyed by audiences of all ages, but Primal is not a show intended for children. It’s not just the dark subject matter and almost total lack of any dialogue that will put off younger viewers. It’s violent and gory, depicting life on earth when dinosaurs were dying and humans were on the brink of rising as the planet’s dominant species.

This particular series makes a lot of lists on the internet, such as Favorite Animated Show, Most Watched Batman Series, or Best Series Featuring the Voice of Mark Hamill. If those character designs look similar to what you’ve seen in Genndy’s work, it’s because he designed most of these characters as well.

Tartakovsky worked on 45 episodes of Batman: The Animated Series from 1992 to 1993, along with working as an “in-between artist” for an episode entitled “Day of the Samurai.” Considering how popular Samurai Jack would be, that sounds like an interesting bit of foreshadowing.

NEXT: 10 Best Kevin Conroy Movies/TV Shows As Batman, Ranked (According To IMDb)

Next
MCU: 10 Reasons The Netflix Shows Are Still Worth Watching

Related Topics
About The Author

Kristy Ambrose has been writing professionally since 2010. She dabbles in various genres, including everything from short blog posts to serialized novels. Her inspiration comes from gamers, beachcombers, foodies and of course her fellow travelers. She holds a Bachelor of Arts in English literature from the University of Victoria.