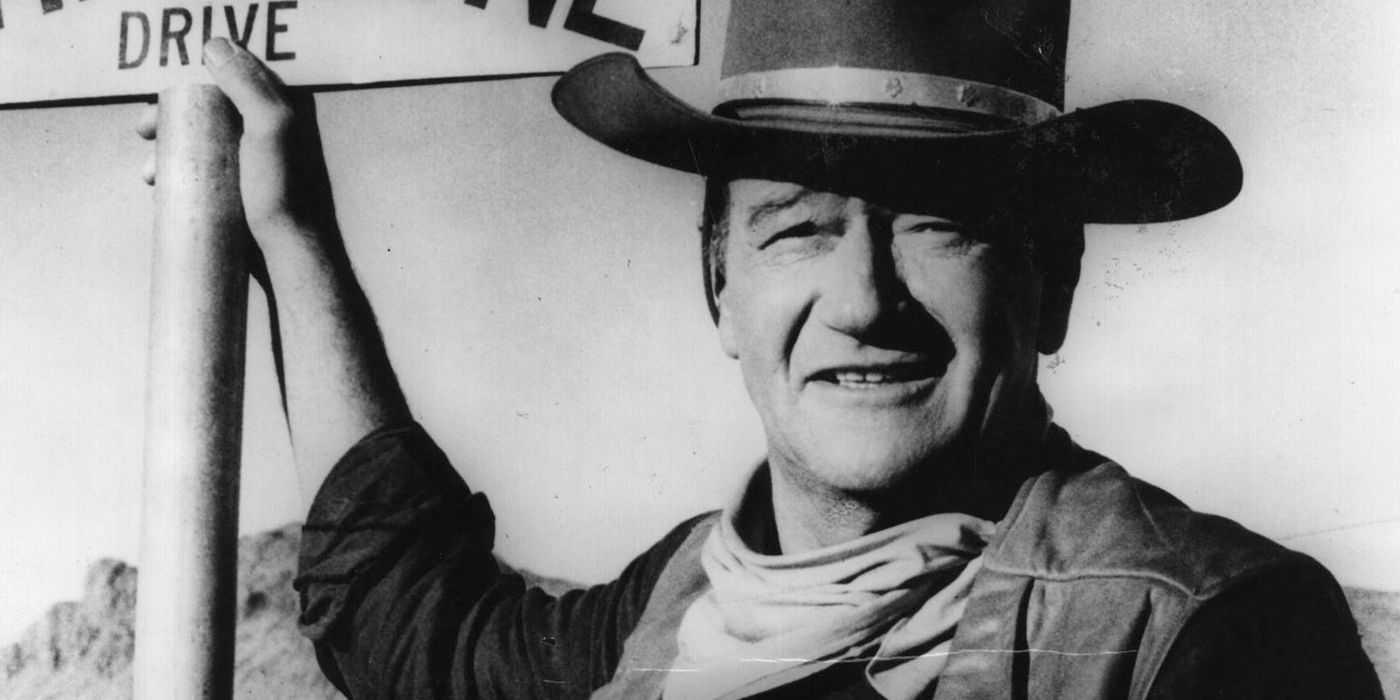 John Wayne Airport in California may be renamed due to the actor’s racist past. In the past several weeks, Hollywood has taken a hard look at its treatment of race, with the world at large doing the same due to the ongoing Black Lives Matter protests. This week, several comedies pulled episodes or scenes from streaming that featured characters in blackface, including The Office, Scrubs, and 30 Rock. Animated comedies have had a reckoning as well, with actresses Jenny Slate and Kristen Bell stepping down from voicing biracial characters on Big Mouth and Central Park. Additionally, The Simpsons producers announced they “will no longer have white actors voice non-white characters,” following Hank Azaria’s departure from playing Apu earlier this year.

The protests have also made people look to the past and consider the actions of important figures in history. Wayne falls into this category. He’s best known for his work in the Western film genre, working steadily enough to earn the status of Hollywood icon before his death in 1979. However, Wayne was also well-known for his racist comments, many of which came from a 1971 interview with Playboy. During it, Wayne made several inexcusable statements, such as “I believe in white supremacy until the blacks are educated to a point of responsibility. I don’t believe in giving authority and positions of leadership and judgment to irresponsible people.” He made similarly awful statements about slavery, Native Americans, and members of the LGBTQ community.

Related: The Barbarian And The Geisha Had John Wayne Literally Fighting His Director

Now, almost 50 years after the interview, change may actually come because of it. Per the Los Angeles Times, Orange County’s Democratic Party is hoping to change the John Wayne Airport back to its original name of Orange County Airport. The party passed an emergency resolution calling for the name switch, as well as removing any “other likenesses” of the actor. The resolution mentions both the ongoing protests as well as the diverse demographics in Orange County as reasons to make the change.

It’s impossible to know at this time if anything will come of the resolution. Others have tried to have the airport’s name changed in the past with no luck. However, this time does feel different, as there has never been this much momentum in the movement to examine racist individuals and symbols. It also feels as though some change is finally happening, albeit far later than when it should have occurred.

Hollywood has mostly focused on more recent examples of racist behavior. However, there have been some successful pushes to examine the past, such as with HBO Max removing Gone with the Wind from its platform. The movie was re-added this week with a video message properly contextualizing the film’s problematic handling of race. Of course, in the case of John Wayne, no context is really necessary, as there’s no way to justify his racist statements. Despite this, only time will tell if the resolution is enough for Orange County to finally address its airport’s problematic name.

More: True Grit: How The 2010 Movie Compares To The Book & John Wayne Version

Rebecca VanAcker is a news writer and evening editor at Screen Rant. She enjoys covering all things superhero, especially Marvel and the Arrowverse. In the past, she’s written TV recaps for Screen Picks and reviews for Yahoo TV UK. Though Rebecca likes movies and other forms of storytelling, TV is her true passion, having written about it in some capacity since 2014. She especially loves female-driven shows like Parks and Recreation, Jane the Virgin, and Fleabag.

A graduate of Michigan State University, Rebecca got her teaching certificate before falling in love with writing and the entertainment industry. She has a B.A. in English, and her longtime love of reading has followed her into adulthood. While she enjoys discovering new books, right now she’s probably just re-reading Harry Potter for the millionth time. Her other hobbies include baking, anything Disney, and exploring with her dog, Beckett.