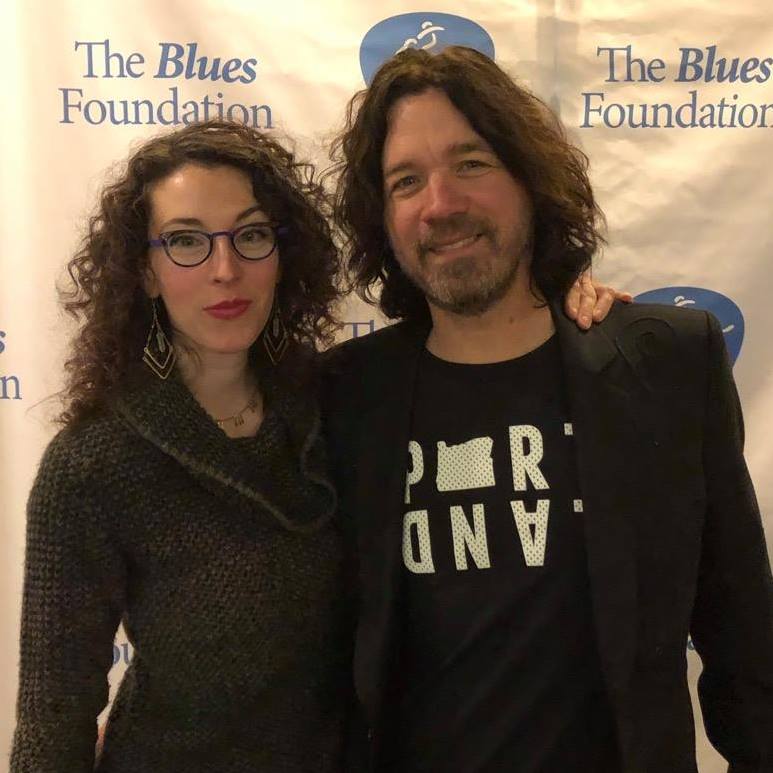 In “Blind Beulah,” the gentle strum of an acoustic guitar finds the perfect punctuation mark to its melodic statements in the form of a mild country twang. This same twang is presented to us in a contrary state later on in “Frame it on the Wall,” this time shaped for the purposes of a folky rhythm and blue hued-vocals even more emotive than the lyrics they convey are.

An exuberant bounce frames a gritty vocal from Dean Mueller in “Turn the Key” where regal soul grooves find a place for Julie Amici to serenade us with her bittersweet voice in “I Wanted You.” “Faces in Things” swings with a bright country tempo, and although it couldn’t be anymore contrasting – at least in terms of cosmetics – with the stinging “Sardines and Saltines,” the two sit together on the tracklist of Julie Amici & Dean Mueller’s I Loved You So rather perfectly. The Portland-formed duo of Amici & Mueller deliver some of the best sounds in eclectic indie folk and Americana this April in I Loved You So, and you needn’t give songs like “Read Through Tears” “Flannel Shirt” or “Hot in the City” much more than a casual listen to appreciate the skillsets they each bring to the show.

“Daddy” and the title track sport some very folk-inspired tonality, but I think that what makes up their compositional foundation is a lot more difficult to classify using standard genre terminology than the origins of the songs’ individual components are. There’s a sense of diversity that follows every aesthetical marriage in I Loved You So; from “Faces in Things” to “Hot in the City,” there’s rarely an instance where Julie Amici & Dean Mueller are playing to the parameters of a traditional model, but in every track on the record, they make a point to utilize every element in the music as a means of getting an underlying narrative across to us (which, in my opinion, is steeped entirely in Americana).

When I sat down with the LP for the first time, I couldn’t help but wonder how “Turn the Key” and “Frame it on the Wall” would play out in a live setting, mostly because of how versatile a framework each of these two tracks sports. Amici & Mueller could present them to us as they did here, or, inspired by the energy of the crowd, easily adapt them into extended jams bred from the same creative stock as the other songs on this album were – only slightly more experimental.

I wasn’t familiar with the professional partnership of Julie Amici & Dean Mueller before getting ahold of a pre-release copy of their forthcoming record, but after getting hooked on the contents of I Loved You So, I am definitely planning on keeping an eye on their output through the 2020s. So far, this year has produced a lot of really intriguing, if not outsider-influenced, breakthroughs from artists in the underground, and for some of the best treasures I’ve heard thus far, look no further than this smashing LP.

Chanel Ayan Slams Phaedra Parks As A “Thirsty Ex-Housewife” And Shades Phaedra For Past Drama With Kandi Burruss
RHOBH Has Melissa Etheridge to Thank for Stopping Another Dinner Party From Hell
Anne Heche to Be Taken Off Life Support as Organ Recipients Identified
Persuasion: A Movie Review By Someone Who Hasn’t Read The Book
Lady A’s Charles Kelley Thanks Fans for Support Amid His Journey to Sobriety