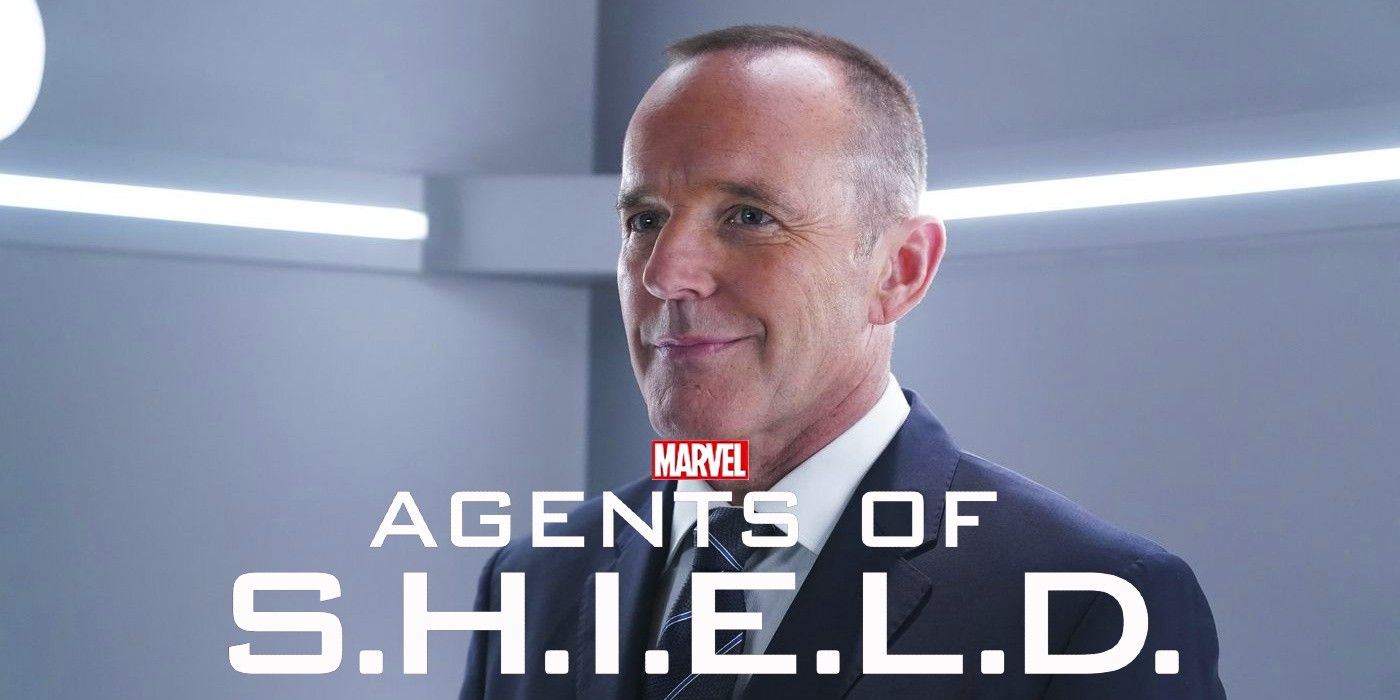 What episodes and events did the season 7 premiere of Agents of SHIELD reference with LMD Coulson? Much to the disappointment of Marvel fans, Phil Coulson is dead in the MCU. Again. Clark Gregg’s character was replaced with “Sarge” in season 6, but season 7 introduces a synthetic Coulson, blended from Life Model Decoy and Chronicom technology and constructed by Simmons alongside Enoch. While the SHIELD team grapple with the moral weight of a fake Coulson, they ultimately decide to utilize their former leader’s extensive skills to stop the Chronicoms changing Earth’s timeline.

The scene in which Daisy can’t help but switch on Coulson – her father figure throughout Agents of SHIELD – is as emotional as it is uncomfortable, with LMD Coulson struggling to come to terms with his true nature. According to Simmons, this version of Phil was developed from a 2-year-old Framework brain scan, meaning Simmons had to fill the gaps manually. When Coulson boots up for the first time, he does what any self-respecting piece of modern tech does and immediately goes through a mandatory and lengthy software update. As the memories flood Coulson’s mind, the LMD gives a rapid-fire overview of the character’s recent Agents of SHIELD story. Here are all the events and episodes referenced:

As well as catching LMD Coulson up on the past 2 years, this verbal flashback sequence provides viewers with a quick recap before Agents of SHIELD season 7 kicks off proper in 1930s New York. More than just a handy reminder, however, Coulson’s rambling begins Agents of SHIELD‘s final season on the perfect note by showing how far the characters have come (and how much they’ve suffered) over the past few seasons. With its time-twisting plot, season 7 looks to be a love letter to all things SHIELD, and this trip down random access memory lane is the perfect appetizer for that.

Agents of SHIELD season 7 continues with “Know Your Onions” June 3rd on ABC.

Stranger Things Theory: Why The Demogorgon Took Will
Related Topics
advertising
About The Author

Craig first began contributing to Screen Rant in 2016, several years after graduating college, and has been ranting ever since, mostly to himself in a darkened room. Having previously written for various sports and music outlets, Craig’s interest soon turned to TV and film, where a steady upbringing of science fiction and comic books finally came into its own.
Craig has previously been published on sites such as Den of Geek, and after many coffee-drenched hours hunched over a laptop, part-time evening work eventually turned into a full-time career covering everything from the zombie apocalypse to the Starship Enterprise via the TARDIS.

Since joining the Screen Rant fold, Craig has been involved in breaking news stories and mildly controversial ranking lists, but now works predominantly as a features writer.
Jim Carrey is Craig’s top acting pick and favorite topics include superheroes, anime and the unrecognized genius of the High School Musical trilogy.

Rachel Lindsay Reveals the Reason She Was Once “So Against” Dating Outside Of Her Race
These $27 Denim Shorts With the Perfect Length Have 919 5-Star Amazon Reviews
Film Review: Trilogy of Terror (1975)
Massive Attack Release New Audiovisual EP Eutopia: Watch
A Trip Through Time: The Bachelor: The Greatest Seasons Ever Revisits the Very Beginning