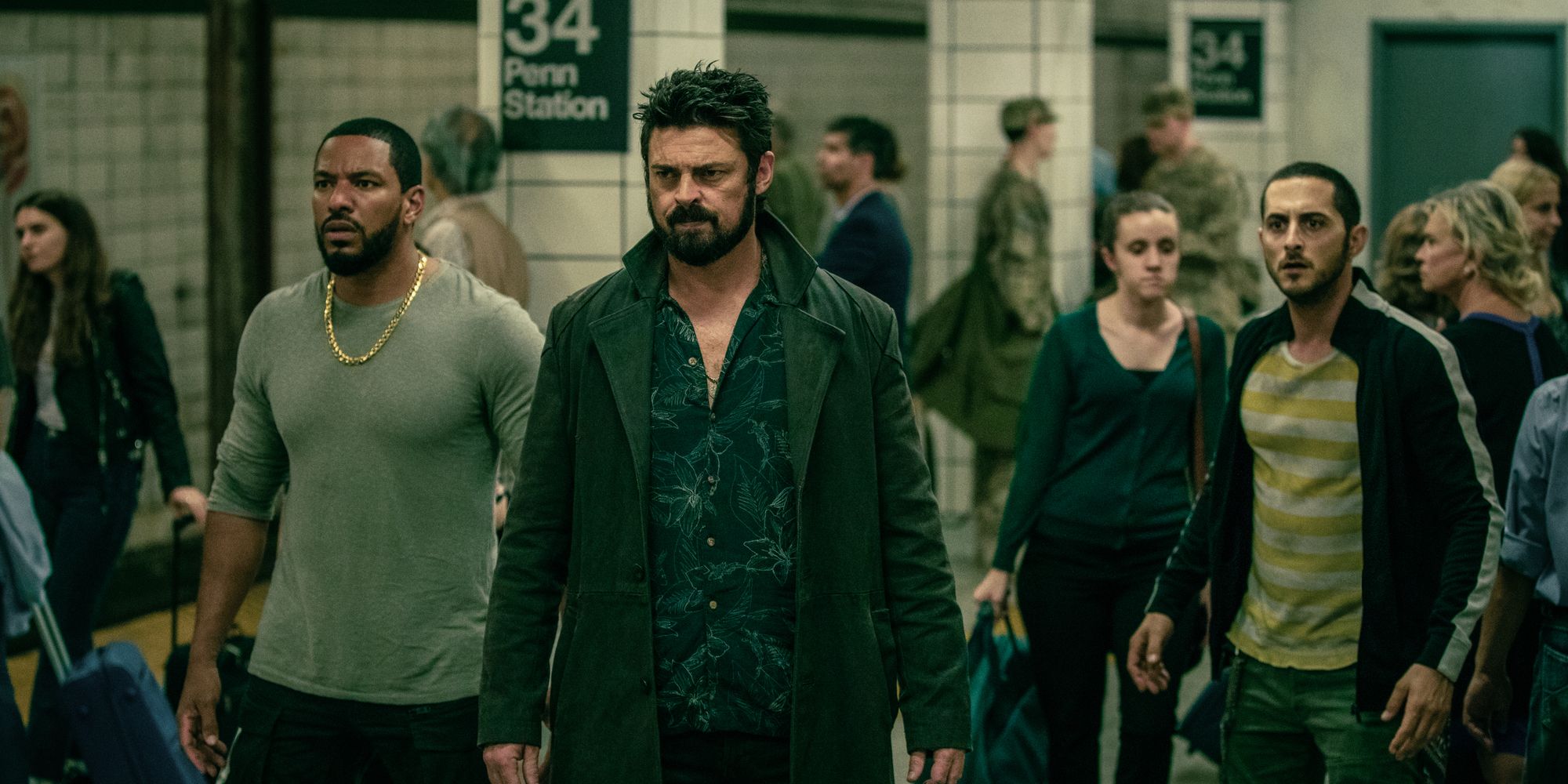 The Boys flip off the superhero group, “The Seven,” in a new promo image for season two. The hit show’s first season was one of Amazon Prime’s most-watched shows of 2019. The Boys is based on a comic book series created by Garth Ennis and Darick Robertson that completely subverts superhero tropes. Showrunner Eric Kripke recently said that the season two premiere date would be announced soon.

Hughie Campbell was just an average guy with a normal girlfriend and a regular job. His life changed when a superhero brutally murdered his girlfriend in what appeared to be a freak accident. After all, the superhero that accidentally killed his girlfriend worked for “The Seven,” an elite group of superheroes for hire that are revered by the entire country. Hughie starts to question if his girlfriend’s death was an accident when he meets Billy Butcher, and they reform, “The Boys,” a group dedicated to exposing the evil underbelly of “The Seven.”

Related: Amazon’s The Boys: Biggest Differences From The Comics

Although many television productions were brought to a halt by the coronavirus pandemic, filming for season two of The Boys had already wrapped last year. Season two is expected to premiere sometime this year. While eager fans wait for new episodes, the official Twitter account for the show dropped a hilarious promo image that encapsulates the show brilliantly. Check it out below.

The first season finale left off on a major cliffhanger that will have to be addressed in season two. Billy Butcher’s entire reason for hating, “The Seven,” in the first place was because he thought his beloved wife had been raped by the superhero group’s leader, Homelander. However, Butcher discovers his wife is quite alive and well. Hopefully, season two will address that obvious mystery right away. What makes this show binge-worthy is the fact that it’s not afraid to completely take all of one’s expectations of superheroes and completely flip those expectations around. It’s a dark show, but it’s also hilarious with memorable characters that are easy to root for or against. There were definitely several other unanswered questions that the show left fans with at the end of season one. Will Butcher and, “The Boys,” be able to expose the reality of the superhero culture poisoning the nation? Will Hughie get justice for his girlfriend and further develop his relationship with Starlight? Season two will likely answer those questions and introduce a whole lot more if the second season’s episode titles are any indicator.

The Boys highly anticipated season two premiere is hopefully just around the corner. The show may shine a dark spotlight on superheroes, but it’s still a great and entertaining way to escape from the real world, even just for a while. Streaming shows have been a lifesaver for everyone stuck at home as the world figures out how to reopen and cope with an ongoing pandemic. The Boys prove that sometimes the best superheroes are just ordinary guys.

Next: The Boys Was 2019’s Most Subversive Superhero Story