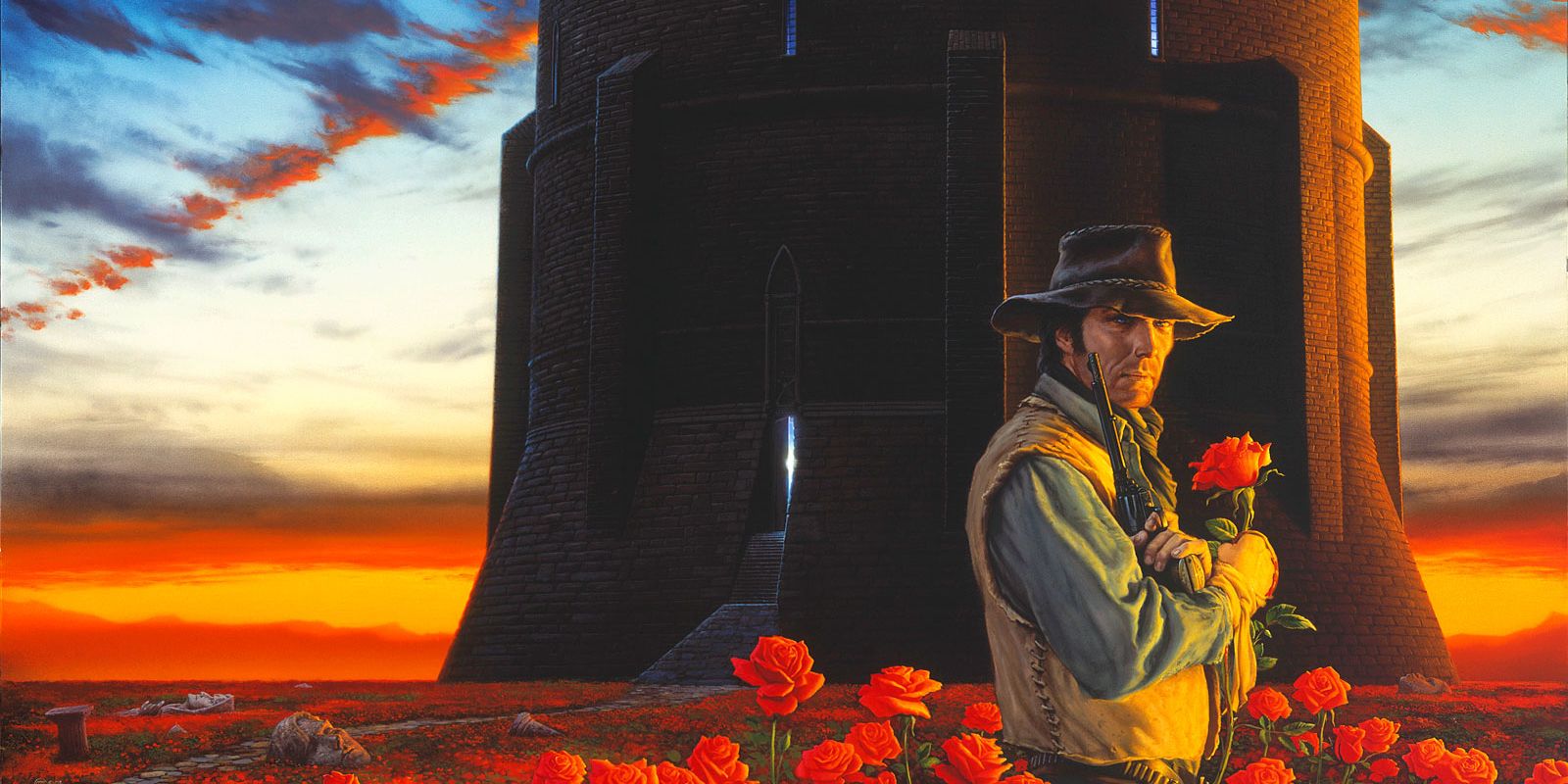 Amazon’s The Dark Tower series has been canceled. After filming the pilot in Croatia, the streaming service decided not to continue the series. However, disappointed fans are wondering why.

Stephen King’s The Dark Tower is a seven-book saga that the author wrote and published over a twenty-year period. It follows the story of Roland Deschain, also known simply as The Gunslinger, on his quest to find The Dark Tower and prevent it from falling. On his journey, he encounters witches, a deadly train that tells riddles, and even a shapeshifting entity with striking similarities to Pennywise from It. He also draws several companions from different parts of New York into his world to help him on his quest.

Related: The Dark Tower: Why Amazon’s Series Would Have Started With The Fourth Book

Glen Mazzara, the showrunner for The Dark Tower Amazon series, recently shared his journey with The Kingcast podcast. He talked about his experience with adapting Stephen King’s epic series for the screen. According to Mazzara, it took three years to write the script, that would have told of Roland’s story as a young man, how he came to discover the Dark Tower, and the fall of Gilead over the course of the first three seasons. Then, it would have continued the gunslinger’s quest for the dark tower, the forming of his ka-tet, and eventually coming to the field of roses and the Dark Tower by the end of seven epic seasons. Overall, it sounds like something fans would love, so why did Amazon pull the plug on The Dark Tower?

In his interview with The Kingcast, Mazzara admits that The Dark Tower series is “complex” and “doesn’t make a lot of sense.” It’s a strange story that has a lot of twists and turns, making it difficult to adapt for the screen. Perhaps this is why 2017’s movie version was so poorly received. It tried to cram too much into an hour and a half runtime. King’s material needs a larger commitment to work, which is why Mazzara ended up writing a seven-season script. For fans, this is an exciting prospect, but for a streaming platform like Amazon, it’s a big risk.

Although Amazon has not publicly stated why The Dark Tower was canceled after the pilot episode, it’s easy to see why they might pass on such a big project. After all, for this series to work, it needs to be truly epic, similar to the HBO epic, Game of Thrones. It’s a costly project. Although Amazon Prime has greenlit a number of different shows, from comedies like Fleabag to high profile adaptations like Homecoming, they’ve never produced something as large as The Dark Tower. Perhaps the closest they’ve come is with the sci-fi original based on a story by Philip K. Dick, The Man in the High Castle, but that show wrapped up in four seasons. Still, Mazzara believes that eventually, someone will take on The Dark Tower. However, who might be willing to take the risk and when it will happen is anyone’s guess.

Next: The Dark Tower Connects Everything In Stephen King’s Universe

Keith Deininger is a Horror Features Writer for Screen Rant. A lifelong fan of horror and the macabre, he has been published on various horror blogs and been a featured panelist at conventions. When not watching or reading horror movies and books, he also writes his own horror fiction, published by DarkFuse and Macabre Ink. You can find him on Twitter @keithdeininger or on Facebook where he manages his writing and publishing imprint Meridian Publications.

The 100: Every Meaning The Number 13 Has Had In The Show
The Wonder Years Remake From Lee Daniels, Saladin Patterson, Fred Savage in the Works at ABC
New ‘Death Stranding’ Trailer Touts PC Version Enhancements And Pre-Order Bonuses
Catherine Zeta-Jones Is Coming Out With Her Own Goop-Inspired Lifestyle Brand
Halloween 2020, Brazilian Horror Thriller feature film: