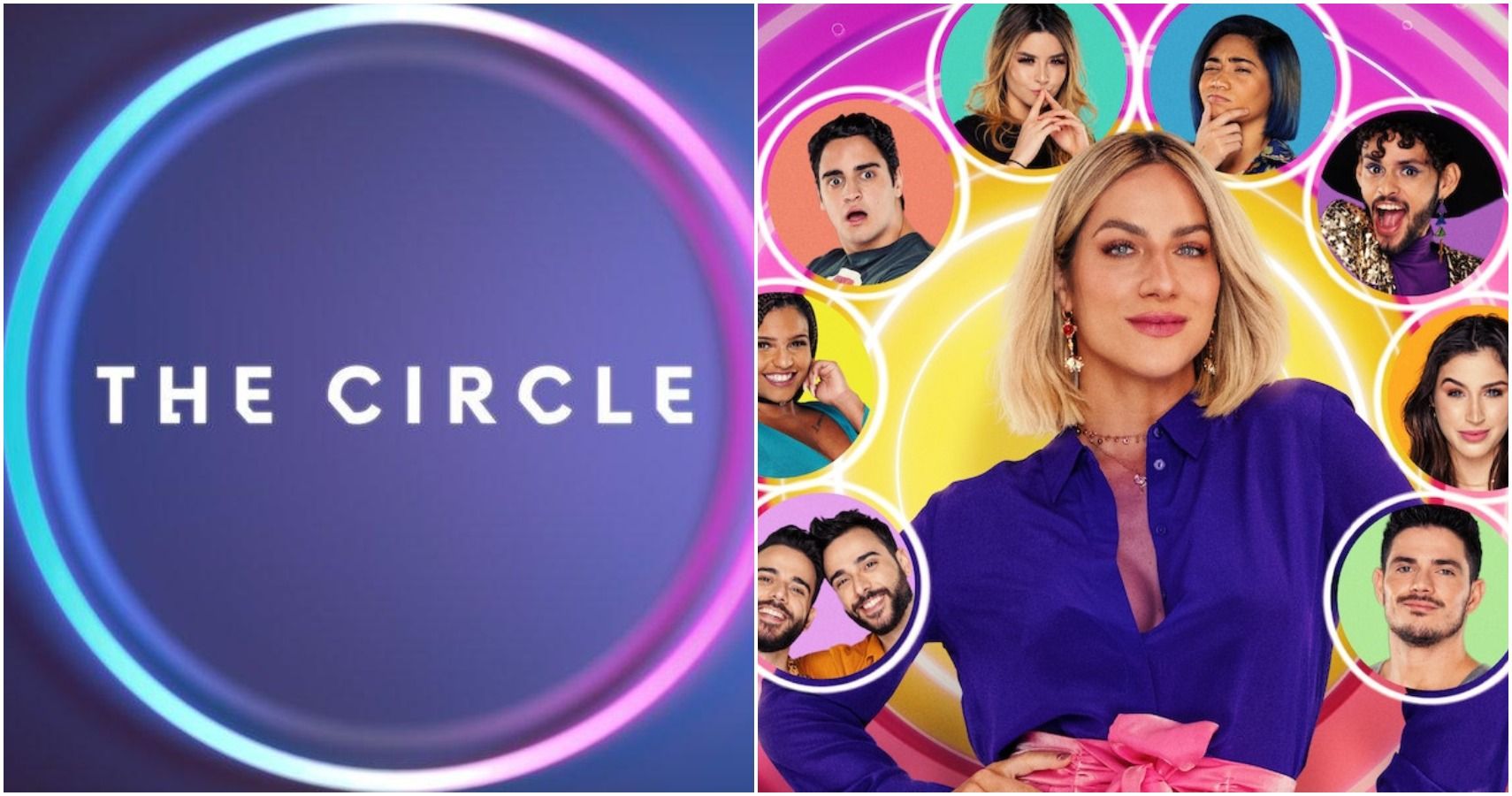 Everyone was talking about The Circle US when it first came out in January 2020. Thankfully, Netflix also produced a Brazilian edition of the reality competition, which is now streaming on the platform. The first four episodes of The Circle Brazil have made it clear that this is a very compelling format that is here to stay.

Updated May 28th, 2020 by Brittany Fischer: The Circle Brazil has come to a close, leaving fans hungry for more. With the complete season aired, as well as the release of The Circle France, fans have continued to discuss the way each season compares to one another. While there are some hardcore The Circle US fans, many make compelling arguments about why The Circle Brazil is better. Now that the winner has been crowned, let’s compare these two seasons in their entirety.

15 BETTER: Talking To The Screen

One of the most annoying things about The Circle US was that players spoke to the screen in an extremely slow and monotone voice. While it makes sense that they would be used to this based on their experience using talk-to-text technology, when all of the dialogue is delivered this way it can become monotonous. Luckily this is fixed in The Circle Brazil was the players spoke more naturally.

The Circle US fans became accustomed to the structure of the show, which ended each episode with an elimination, followed by the eliminated contestant going to meet one other player. While eliminations and the final visit is included in The Circle Brazil, the episode often left off before revealing who was eliminated, ending on a cliffhanger.

Though this is better from a production standpoint as it left fans eager for the next episode, it was frustrating as a viewer. There is also something that feels odd about the most climactic moment being at the beginning of the episode rather than the end.

One of the amazing things about The Circle Brazil is that the culture of the players was very prominent on the show. While this sometimes meant that American viewers may miss something due to lack of context, such as many not knowing the referenced stereotypes associated with the Northeasterners, the inclusion of these references is significant.

To viewers from Brazil, these culturally significant moments likely made them feel proud and represented. To those outside of Brazil, it was a great way to experience and learn about a different culture. There isn’t an “American culture” that is representative of much of the country. In this way, The Circle Brazil creates something which The Circle US will never be able to replicate.

Many genuine connections were formed on The Circle US. Even after filming ended, it seems that many of these players have stayed in contact, maintaining the relationships they formed on the show.

The “Ice Breaker” games on The Circle are a perfect opportunity for players and viewers to get to know the people competing. In the episode, the players answered a bunch of questions about themselves, and it definitely seems like no one held back in any way.

On the first season of The Circle US, certain players got called out for saying they had never done things that were perceived as “very normal” to most of the other contestants. Overall, some of their “Ice Breaker” answers felt inauthentic, as if the contestants were just “saving face” on camera. Comparatively, the players on The Circle Brazil didn’t seem to hold back at all, even when asked very intimate questions.

While it is easy to fall into the traps of “the more the merrier,” it is actually detrimental to the players themselves whenever a reality competition has to focus on introducing too many people in the same episode. Instead, we could’ve possibly spent a little more time getting to know some of the players if they had been introduced later in the season.

9 BETTER: Authenticity Is Valued Right Off The Bat

Alana may have been blocked in the first episode of The Circle US due to the fact that she was perceived as inauthentic. However, it did seem like Antonio and Sammie were ranked as influencers due to how conventionally attractive and heteronormative they looked in their pictures.

On The Circle Brazil, not only was the FaceTune-friendly player blocked right away, but the players also ranked the flamboyant Dumaresq and the fun-loving Marina as influencers. And sure, both Dumaresq and Marina are beautiful people on the outside, but it is clear that their big and authentic personalities actually jumped out of their pictures and profiles.

34-year-old Rob decided to catfish as “Julia” on The Circle Brazil, but what started out as an empowered personality quickly turned into a very abrasive and somewhat aggressive energy.

When the twins Lucas and Marcel enter The Circle playing as “Luma,” Rob (a.k.a. “Julia”) quickly jumps to the conclusion that this is a trans girl. Despite the fact that Rob seems to come from a welcoming place, he keeps telling others that “Luma” is trans, and even asks her if she is trans during their very first conversation. This somewhat problematic behavior is called out by many, including Dumaresq, Marina, and Lorayne.

The Circle US had gay, lesbian, and bisexual players, and The Circle Brazil do even better with queer representation, with several queer players already introduced in the first four episodes.

Given how rare it is to see more than one or two LGBTQ+ contestants on popular reality competitions such as Big Brother, Survivor, and American Idol, it is noteworthy that Netflix is establishing a different, all-inclusive reputation with The Circle.

6 WORSE: Some Of The Players Are Pretty Boring

We saw people on The Circle US who weren’t all that entertaining. However, for the most part, the Season 1 cast was very solid. Unfortunately, the same cannot be said for some of the players on The Circle Brazil.

Ana Carla, JP, and Rob (a.k.a. “Julia”) are at least three examples of players whose personality came off as pretty shallow. What’s more, it is arguable that Gaybol didn’t really start showing off his personality from the start, which made him “bad TV” for a couple of episodes.

One of the games on The Circle Brazil involved the twins Lucas and Marcel (a.k.a. “Luma”) performing a few different Brazilian dances while wearing a motion-capture suit. Then, that motion capture was live-streamed to the other players, who, in turn, had to guess which dance they were watching.

Given that the contestants are never supposed to meet face to face, giving them the ability to send motion-capture videos through the operating system is a fantastic idea for The Circle. Hopefully, this is incorporated on the second season of the U.S. edition.

4 WORSE: Some Players Struggle With Navigating The Operating System

One of the weird (but great) things about the first season of The Circle US is how familiar all the players seemed to be with the operating system. It took no time for the contestants to learn the dialect behind most of the essential functions of the OS, including how to message others, start group chats, open their gallery, and react with emojis.

For some reason, the players on The Circle Brazil seemed a little confused about the voice-activated operating system. Consequently, we saw much fewer group chats in the Brazilian edition, and had to sit through some of them struggling to find the right picture to post to their profiles.

After the first episode of The Circle US, we were introduced to new players, including Miranda, Alex (a.k.a. “Adam”), Bill, Sean (a.k.a. “Colleen”), and Ed and Tammy (both playing as Ed). While each of these new contestants had a particular charm, none of them came even close to comparing to the original eight people we met. Consequently, none of the new players made it to the finale.

On The Circle Brazil, it definitely seems like Rayssa and twins Lucas and Marcel (a.k.a. “Luma”) are going to stick around. These players have seemingly much more charisma than some of the original nine contestants, which means that the finale may include some newer players.

Besides their expertise on the operating system, the players on The Circle US Season 1 all had pretty strong strategies, as if they had been watching this show their entire lives. Alternatively, there are definitely some people on The Circle Brazil with strategies that didn’t exactly make sense.

A few examples of debatable strategies on The Circle Brazil include Rob (a.k.a. “Julia”) flirting with every single person and shooting themselves in the foot, Akel deciding to age himself and pretend to be a doctor, and Gaybol being honest about the fact that he isn’t single. On The Circle US, we saw how well the trope of “young and single” worked, and the contestants didn’t make up professions that were so hard to lie about.

1 *BETTER: There To Play

While not everyone had a solid strategy on The Circle Brazil, it is clear that all of the players were there to win a game. The fact that they were competing against each other seemed a lot more present in these contestant’s minds. They talked openly about their strategies and took notes.

Meanwhile, The Circle US contestants mostly advocated playing with their heart and remaining loyal to each other. That strategy worked for them as they all decided to play the same way, but had someone like a Raf been thrown into their mix, he would have completely manipulated them and dominated the game.

At the end of the day, if you care more about the social aspects of the game and the forming of genuine relationships, you will probably prefer The Circle US. If you are a lover of strategy and games, then you will love the more competitive The Circle Brazil.

NEXT: 5 Things On Netflix’s The Circle That Are Kinda Cringey (& 5 That Are Too Sweet) 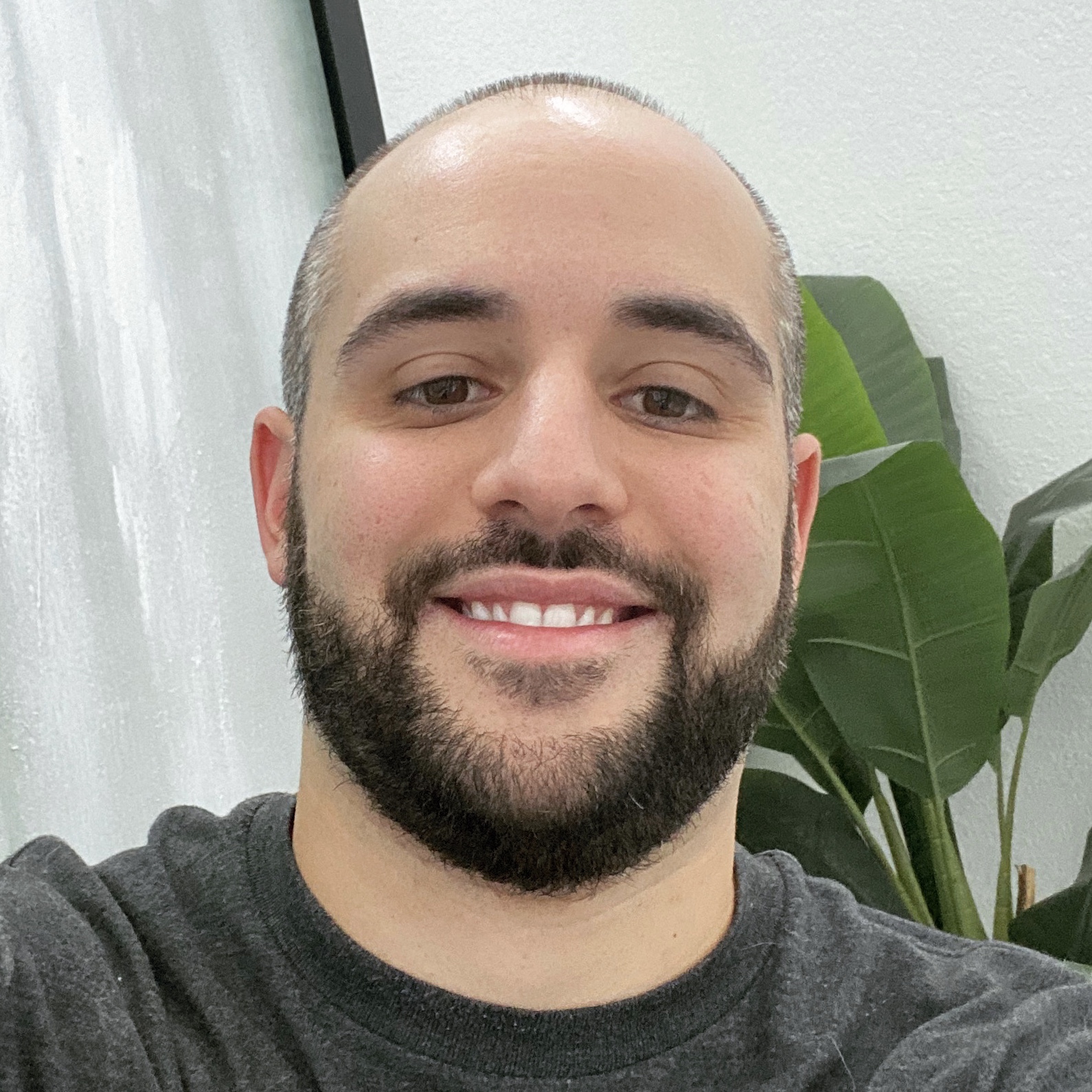 Bernardo Sim was born and raised in the Amazon (Brazil). Currently, he lives in South Florida. Bernardo is constantly thinking in English and in Portuguese, often at the same time. he/him