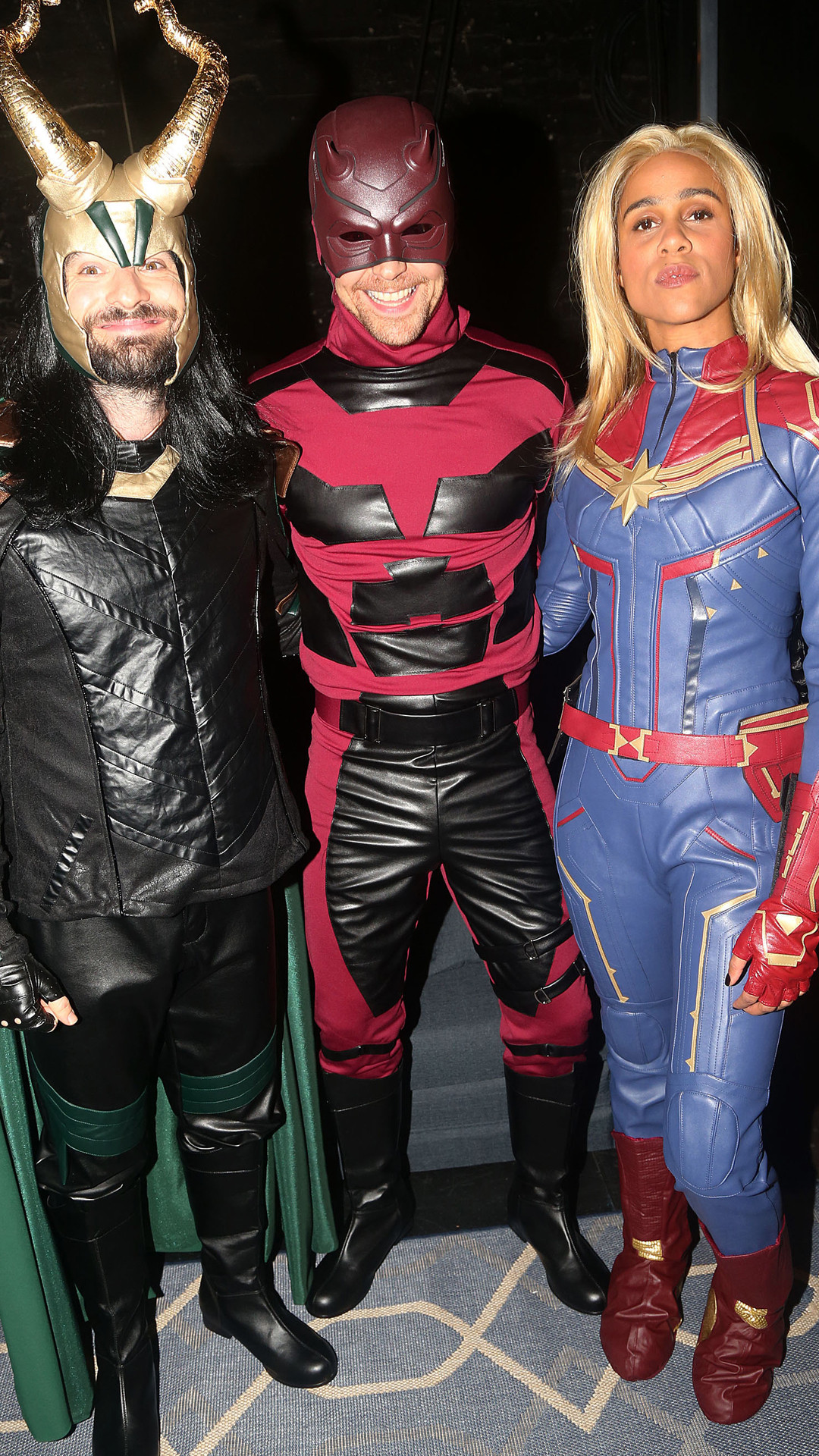 While celebrating Halloween early in New York City on Wednesday, the actor, who plays Loki in the Thor and Avengers films, switched costumes on Wednesday with fellow British star Charlie Cox, star of Netflix’s past series Daredevil. Hey, we know Loki can indeed take on the forms of others…

Hiddleston and Cox star in the revival of the play Betrayal, which marks their Broadway debuts. The two posed in their costumes outside the Bernard B. Jacobs Theatre with their other co-star, British actress Zawe Ashton, who dressed up as Brie Larson‘s MCU character, Captain Marvel.

Hiddleston will reprise his role of Loki in the upcoming Marvel series Loki, which is set to debut on the new Disney+ streaming network in 2021.

The Bachelorette: Did Dale Moss Cheat On New Fiancée Clare Crawley?
Kaley Cuoco Reveals the Special Meaning Behind Her New Tattoo
Everything We Know About the New Saved By the Bell Series
Toy Story Was Released 25 Years Ago Today, Pixar Joins Fans in Celebrating
2 Chainz Gets ESPN+ Documentary on History as Basketball Player